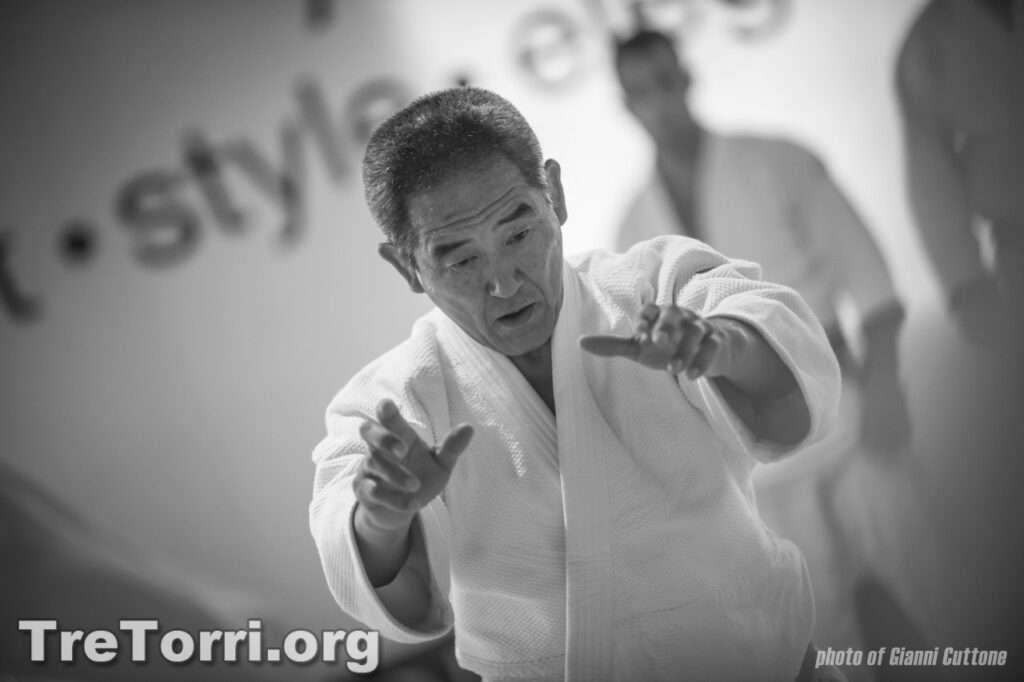 In 2004 when Judo Master H. Katanishi came to Italy, we started a course aimed at studying technique and teaching. The Summer Camp with the Judo Master has now reached an important level in terms of the number of participants and the range of topics we’ve been able to cover.

The Judo that we manage to see with this Japanese expert, coming from one of the most prestigious Japanese universities (Tenri)  has been incredibly formative for those people who appreciate good Judo and its aesthetics.

1st Phase: The Judo Master always begins with education, starting with exercises of Tandoku renshu (executing the proper technique without an Uke). In this phase, study involves taking up the initial position and the final one in order to execute the throw correctly and with control. In this first phase, the importance of stability in the final position is emphasised. Tori starting from Shizen hontai (natural, upright position), performs the movement of Tai sabaki or, to be more precise, Mae mawari sabaki (forward movement with a body rotation of 180°) to arrive, dynamically, in the final position of any technical move.

2nd Phase: Kuzushi (unbalancing Uke or breaking Uke’s position) starting, educationally, with exercises in Sotai renshu (executing the technical move with an Uke) Tori, from Shizen hontai performs the movement of Tai sabaki or Mae mawari sabaki and emphasises the use of the arms to apply the action of Kuzushi. Regarding this theme of unbalancing Uke, the Judo Master manages to highlight every details.

3rd Phase: Tsukuri, (study of the proper contact between Tori and Uke) for the correct, appropriate contact needed.

4th Phase: Kake, (study of the final throw) this phase is nothing more than the logical consequence of the previous two phases Kuzushi and Tsukuri and in Kake the technique’s final control is emphasised. To better explain this aspect of the throw, the term used is Zanshin. Tori has to keep control of his body as well as the Uke’s body before, during and after the throw. Zanshin is not simply about the technical move from the start to the finish: it also involves the mental state of awareness that continues even after having performed the throw.

5th Phase: Opportunity, Tori uses the movement of Uke in different directions. Uke can be moved by Tori pulling or pushing Uke, or by simply adapting himself to the position or movement of Uke as Uke decides how and where to move.