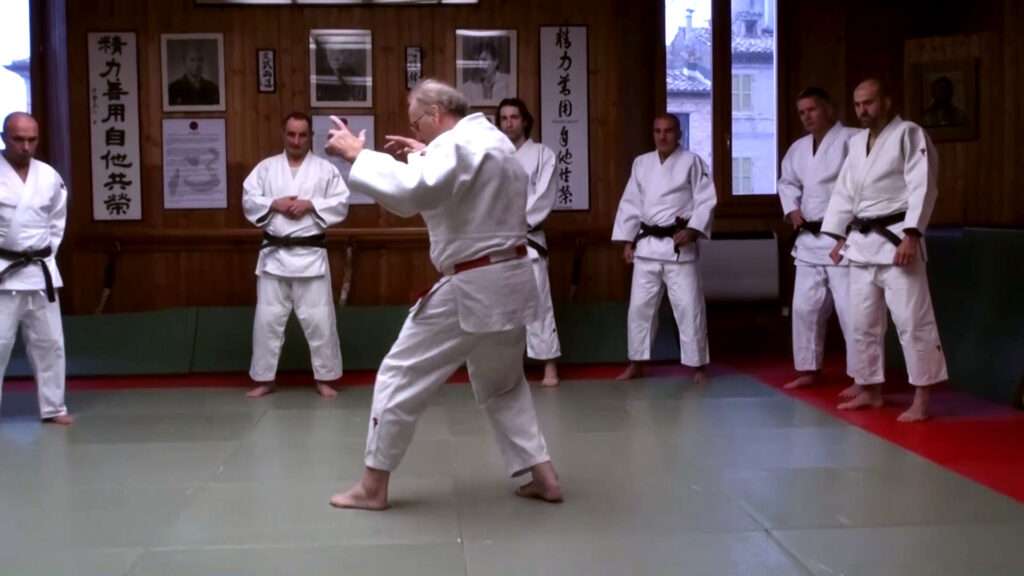 The Judo Winter Camp 2019 has inaugurated the new year at the Dojo Kenshiro Abbe in Corridonia as in tradition.

The Judo Winter Camp 2019, which occurs in the very first days of January, is the perfect event to begin the new year within the project “Il Judo nel Dojo”. On the basis of the teachings left by the Grandmaster and founder of Judo Kodokan, Prof. Kano Jigoro, the main objective of the Judo Winter Camp is to examine in depth the aspects of the discipline necessary to both improve the practice and the understanding of the educational, pedagogical and philosophical facets of this art.

The Judo Winter Camp 2019 program has focused on certain elements generally left behind but, if deeply analyzed, they reveal accurate and extreme complexity.

Interesting is the analysis arose from the methodology applied in the Classical Budo where the Master and the disciple together go through the various learning stage of the Gyo, Shugyo, Jutsu and Do.

This has helped define the difference in method adopted by the founder Grandmaster Jigoro Kano, who instead of following the Classical Budo (precedent to the life of Kano), adhered to a methodology that was closer to the theories of western educationalists and philosopher of the Meiji Period (October 23, 1868 – July 30, 1912).

Two are the masterpiece left by Master Kano. First is the Shizentai, aka the correct position of the body, where the back needs to be straight as if holding a book on the head.

This position needs to be always held throughout the practice.

Second is the Ukemi waza, aka the break-falls, which help to practice in total security by gradually increasing the repetitions and winning the fear of the impact on the Tatami.

It is indeed this fear that often causes the failed collaboration between Tori and Uke, an important part of this martial art. This fear, often underestimated, could lead to the disciples’ abandonment of Judo.

The teaching, following the program of the Judo Winter Camp 2019, starts from maintaining the position and the correct movements with the Shisei, Shintai and Tai Sabaki, first with individual exercises, Tandoku Renshu, then with a partner, Sotai Renshu.

In merits to the falls, differently from the Classical Budo where the disciple learned at his expenses by repeated attempts, in Judo Kodokan is the master who has to transmit this knowledge.

In Master J. Kano vision, Judo is also a form of Physical Education with the intent of finding the harmony and the well-being of the body, “Rentai ho”. Consecutively, the exercise of this martial art needs to be done in total security by reducing the risk of injuries to a minimum.

Only by doing so, Judo can foster the growth of the individual and the awareness of walking the WAY (DO).

The “Il Judo nel Dojo” project, which we’ve been carrying on for years with the aim of spreading as far as possible the values of Judo, is the result of 50 years of matured and tested experience with an educational progression to teach Mae Mawari Ukemi, adapted on the basis of the disciples’ age and experience.

The collaboration between training partners allows the development of trust between Tori and Uke, necessary for apprehending the Judo Kodokan techniques.

The proposed methods of the Judo Winter Camp 2019, other than being useful for refining the technical gesture, greatly help to develop an educational approach to Judo Kodokan which easily adapts to any disciples.

Every technique is scholarly approached and used in different situations. This leads the disciple to reflect and understand the various aspects, even those that are usually less visible.

Another important factor that should not be left behind is the aesthetics. Its values, coming from the pursuit of the movements harmony (Wa), must coincide with the efficiency of the gesture.

Lastly, the refinement of the technique represents each one’s style of expression.

The educational proposal of the “Il Judo nel Dojo” project foresees the study of the balance break in the Uke (Kuzushi), the right contact Tsukuri and then the Kake. In other words, every step that leads to the projection from standing still to the movement by studying the opportunities with the Shitai, forward and backward shift of the body in Uke.

In Prof. Kano’s Judo Kodokan the exclusive use of the force is tendentially avoided. Grandmaster Kano did not vision Judo as a mere sports match in the Classical Shiai perspective, where usually to win or lose the use of force prevails. He foresaw Judo in its greatest sense of self-defense, where the “rival” is defeated by taking advantage of its weaknesses.

Afterwards, in the Judo Winter Camp 2019, we dealt with a sequence of Judo exercise, such as the Tandoku renshu, the Sotai Renshu, the Yaku soku geiko, the Kakari geiko and the Randori.

This kind of approach, associated with the above-mentioned exercises and the two masterpieces of the Shisei position and the Ukemi waza falls, allows the development of an intense, efficient, sincere and secure practice of the art.

Only this way it is possible to attain the magistral gesture of the “Ippon”. This is a term in Judo which defines a result where the time stops and leaves everyone astonished. The “Ippon”, indeed, due to its magic, doesn’t allow repetition.

As scheduled, various typologies of self-defense have been offered as well: Go (block the attack in the bud), Chowa (avoiding the attack, anticipate), Yawara (give in the direction of the attack).

Moreover, in this year Judo Winter Camp as well, the importance on how to use the Kata in the Judo lesson has been underlined. The Kata have not been seen as some mere form of exercises but as techniques where each one has been used in a complementary way, following their own peculiarity, to underline the guiding principles useful to learn Judo in a perfect balanced way and reach the goal of maintaining a healthy body and being useful in our society.

The Kata, therefore, are not something isolated from the practice of Judo but are needed in perfecting the prince exercise of Randori. In this perspective, they are complementary exercises. The Judo Winter Camp 2019 had also joyful moments where the participants, thanks to the theoretical and historical classes on the Judo Kodokan, have enriched their knowledge on this martial art. The generated debates on the ideas and observations have been interesting as well.