Croceri: where the idea of a Judo camp in winter came from 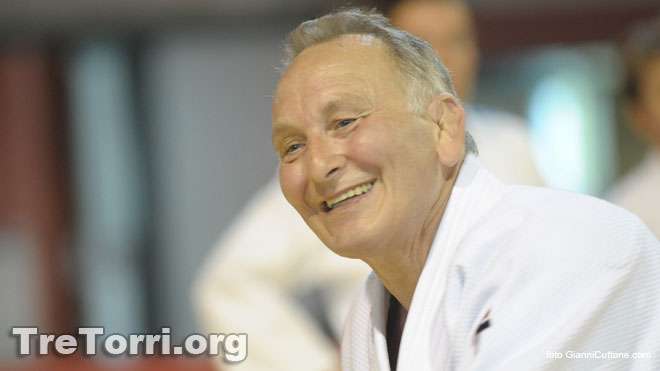 A few days before the second edition of the Judo Winter Camp, Corrado Croceri tells us where the idea of a Judo Camp in winter came from: 2, 3 and 4 of January, 2014 in Corridonia.

I started this great adventure with Judo in the 1960s. Since then, a lot of water has passed under the bridge and it is amazing the change that has happened inside me, in the encounter with the sport and with my Judo Master, Cesare Barioli.

At the beginning, I had to do well and win. I lived very intensely, it was important to me but also something difficult to conquer. Understanding the deeper meaning of Judo is not easy – only with time and maturity, was I able to began to understand its value.

For the Judo Winter Camp 2014, I feel I should write a few lines to explain what I find most interesting about “Kodokan Judo“.

This will be an opportunity for us to explore the path laid by the founder and, in particular, to try to understand the period from 1882, the founding year of the Kodokan, to the year Jigoro Kano held a conference on 11 May, 1889 in front of the Ministry of Education and the Italian Ambassador.

Judo, derived from Ju Jutsu, the art of unarmed combat, became, through the genius of Jigoro Kano (1860 – 1938), a method to educate young people and build a healthier society.

Judo involves learning techniques of attack and defence based on Bu jutsu (the art of the warrior) and, like all martial arts, it transforms into Budo (the way of peace). The ideogram Jutsu “Art” is replaced with the ideogram for Do “Way”, since the objective is not the complete destruction of the enemy on the battlefield but, through the practice of a martial discipline from its origins based on “the principle of non- resistance”, students come to fully realise themselves and contribute to society. This metamorphosis of the art of combat in general was lived to the fullest by the young Jigoro Kano, who, with his inquiring spirit, gave rise to a highly social and educational goal.

The Judo Winter Camp 2014 aims to create an area for further study, a kind of laboratory that will allow participants to clarify the historical period in which Judo was born through the approach of the founder Jigoro Kano.

This meeting takes place as a niche event for anyone interested in improving judo culture through the study and research of the origins and evolution of judo and its teaching .