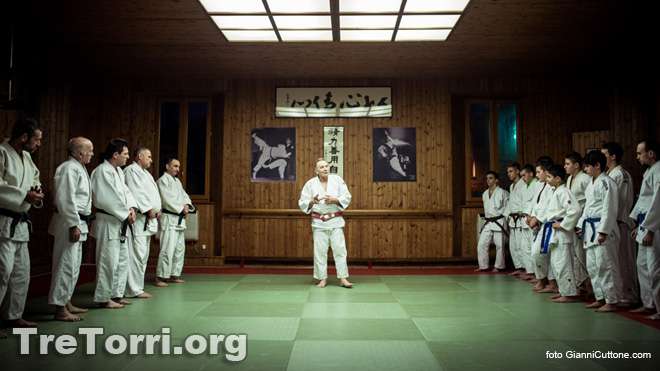 Jigoro Kano, with his utopias and his ideas for education based on Seiryoku zen’yo – Jita kyoei which he called “Kodokan Judo”, brought an opportunity to his country and, indeed, to the world.

Jigoro Kano in a conference  in 1889 said: “Following my study at the Tenjin shin yo ryu and the Kito ryu, it is my conviction that, by making some improvements to Ju jutsu, it can be adapted to become a method to achieve the goals of bujutsu but, at the same time, this art can help us reach the three forms of education (San-iku):

Jigoro Kano with his utopias, if you will, wanted to bequeath  his creation not only to his country but to the entire world. Today we can say, without a shadow of a doubt, that his method, Kodokan Judo, works exactly as the founder intended. Judo, in the founder’s vision, was created to educate the young and, in this way, to contribute to a better Society.

J. Kano’s idea was to contribute healthy, intelligent people to Society, who also had a generous ethical spirit.

For various reasons, however, Judo is sometimes used in only a partial way and, at times, incorrectly and this caused the founder a certain amount of worry.

Judo, from when it was accepted as an Olympic Sport, has never truly managed to deliver a “complete” result. Many don’t see Judo for what it is or prefer it to be simply a “sport”. but “true” Judo manages to resist the various attempts to distort its true nature, thanks to the tireless work of a great many Judo Masters.

As we have said, Judo is effective, even if it is an illustrious stranger. Almost everyone agrees that Judo needs to be promoted at every level and with modern and technologically advanced communication means, such as the internet, but also with Judo camps like the Winter Camp and with various videos that you can see here.

We present topics that move to make a culture but, as we all know, this can never be enough: Judo has to be practised if it is to be understood and this means practising with qualified teachers who have the technical, didactic and cultural knowledge to achieve the level of expert, aiming to draw a path for each student that corresponds to their level of skill and ability.

This year’s camp was very interesting as an area for intellectual exploration, a laboratory which helped participants clarify the historical period in which Judo was created and we covered the approach to Judo through the eyes of and in the sense of its founder.

These initiatives, dedicated to Judoka interested in improving their cultural understanding of Judo have their own raison d’être and the Winter Camp this year was a place where we tried to give a place to something which is currently under hidden from view yet in plain sight, something quite different from its true nature.